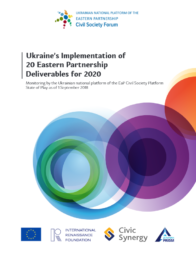 The European Union strongly supports building relations with Eastern Partnership countries based on the 20 proposed EaP deliverables for 2020 that were formally approved during the Eastern Partnership Summit in November 2017. The broad set of themes and the specific interim and final success indicators established for EaP countries make this document a road map for positive transformations in the eastern region under the European Neighborhood Policy.

Experts of the Ukrainian National Platform of the Eastern Partnership Civil Society Forum analyzed the progress which Ukraine had achieved (as of September 1, 2018)  while implementing the European integration reforms and, in particular, the key deliverables identified by the Joint Staff Working Document “Eastern Partnership – 20 Deliverables for 2020”. 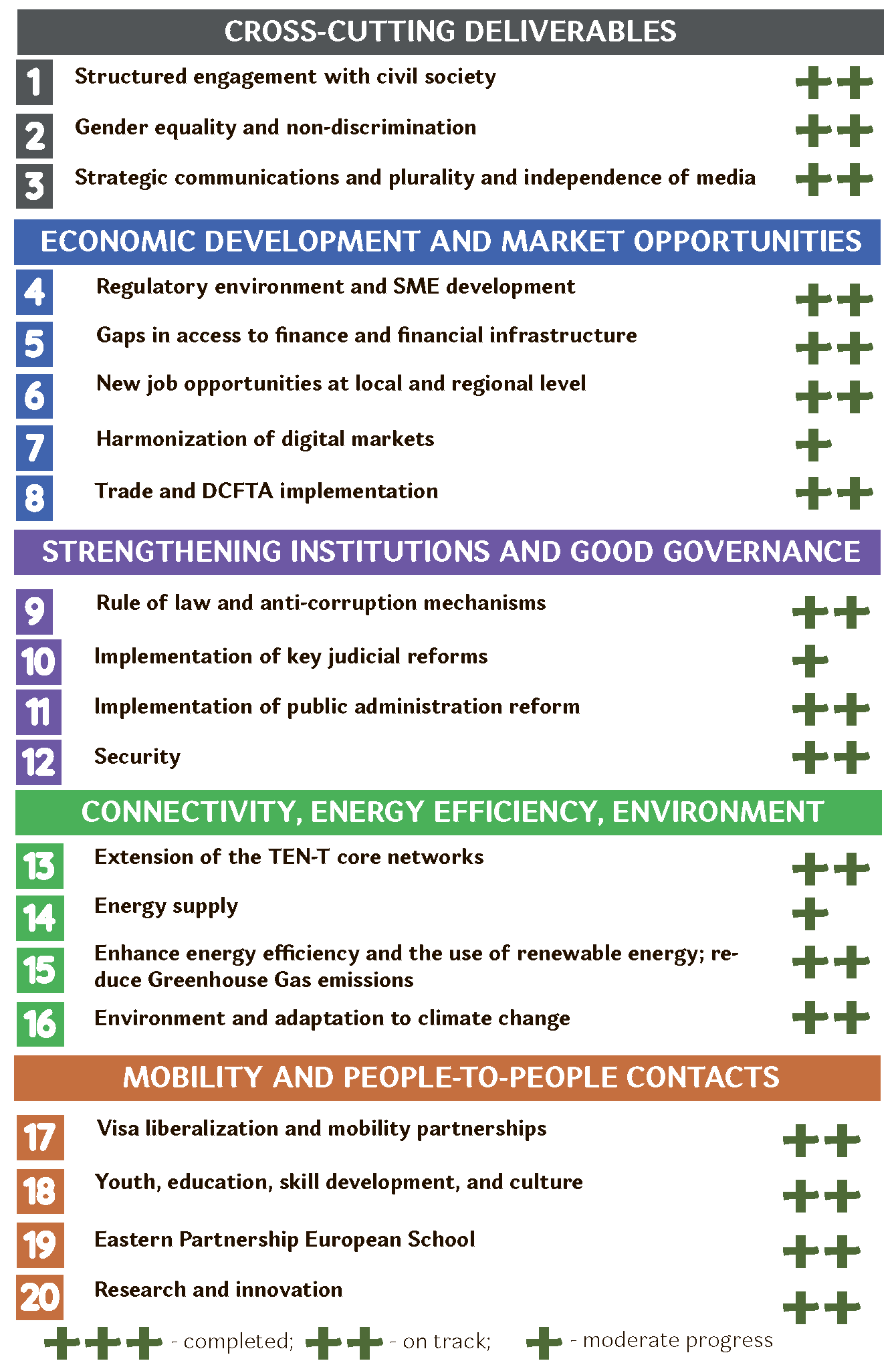