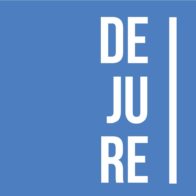 The judicial system of Ukraine can be generally characterised today as one mistrusted by citizens, lacking transparency, and having judges associated with high corruption risks and incomplete cases of top corruptionists.

The project implementation included a comparative analysis of activities and reform status of judicial governance bodies in the three Eastern Partnership countries (Ukraine, Moldova, and Georgia) in respect of ‘20 Deliverables of the Eastern Partnership for 2020’. The study was carried out by experts from the three countries in order to elaborate a joint document for advocacy of necessary changes at the legislative level.

The project has helped identify key problems in the judicial governance functioning and suggest possible solutions. It also familiarised the public at large which how much the judicial branch complied with EU requirements and norms.

The project was implemented in conjunction with the project of the Centre of Policy and Legal Reform.

publication of the project

news of the project