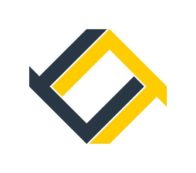 The Association Agreement (AA) requires Ukrainian legislation to be approximated to EU norms in many areas. It could be expected that Parliament, surfing the wave of pre-election populism, would have a great number of bills that were not oriented toward the AA implementation. That is why a key task of civil society experts in this period was to properly monitor the draft laws and cover their content and significance in the media.

The goal of the project was to promote the execution of the European integration roadmap and advocate necessary draft laws. The project’s interaction with the media allowed people at large to familiarise themselves with columns and infographics explaining the stage of Ukraine’s AA implementation and how much Parliament’s agenda corresponded to the European integration course.

PREVIOUS PROJECTS OF THE ORGANIZATION SUPPORTED BY CIVIC SYNERGY