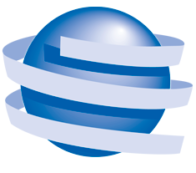 The dissemination of anti-Western and anti-democracy rhetoric has become a typical phenomenon on the part of Russian propagandists since the beginning of Crimea occupation and war in Eastern Ukraine. Tampering with the role of Russia in the context of the Ukrainian past has become one of the main tools of its information warfare.

The project helped identify key messages and historical narratives disseminated within the framework of Russian propaganda. Well-founded proofs disproving the relevance of information were provided through monitoring of the most widespread Russian historical myths and analyses of facts by experts in history.

An important part of the project implementation was the distribution of its findings since the analytical materials were published as concise conclusions able of reaching a broad audience.

PREVIOUS PROJECTS OF THE ORGANISATION SUPPORTED BY CIVIC SYNERGY