Synergy of civil society, authorities and business activities in the format of the energy cluster for the energy reform of Khmelnitsky region 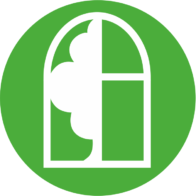 When we speak of the Association Agreement, the first thing worth attention is its complex approach to changing state policies and approximating them to European Union standards. Cooperation between Ukraine and the EU envisages, among other things, European integration-oriented development of Ukrainian energy policy. Not only has this policy an impact on the economy but it also concerns environmental, security, and territorial issues. Regretfully, the state energy sector reform strategy is presently not adapted to the regional level. In addition, a majority of regional development programmes were developed before Ukraine and the EU signed the Association Agreement, which means that they do not contain key areas of work on the reform.

The goal of the project ‘Synergy of actions of the public, authorities, and businesses in the format of energy cluster for energy reform in Khmelnytsky Oblast’ was to enhance cooperation and engagement among key stakeholders at the regional level for the implementation of local energy efficiency reforms.

Within the project framework, a methodology was developed for assessing the region’s capacity to make necessary and pressing changes in the area of energy efficiency. Analytical materials were also produced that will become a significant contribution to the development strategy of the region in the next seven to ten years, allowing it to create conditions for the implementation of investment projects on the regional energy development.

Webinar ‘Analysing the potential of renewable energy sources: how to determine local availability of energy resources’