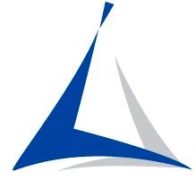 The strengthening of institutional capacities and public administration as a whole is one among top priority topics for the Eastern Partnership. It is enshrined in the paper “20 achievements that are expected by 2020”.

SIGMA has already released the interim report that examines the reform’s pace and its 2016-2018 progress. SIGMA experts have noted a certain progress, but they also highlighted some challenges that are hindering further developments now. The Ukrainian civil society has also joined the reform’s evaluation process. Thus, the Agency for Legislative Initiatives claimed responsibility for conducting the public assessment of public administration reform. This project will be a continuation of two ALI’s reports on related topics.

The main goal of the project is to strengthen the permanence of the reform in the scope of all European-oriented reforms by conducting the public assessment of the implementation of EU-Ukraine agreements in the field of public administration. This goal coincides with top priorities of the Eastern Partnership.

The ALI expects that the public will understand how to influence reforms’ pace while key reforms’ actors will realize how to reinforce the capacity of public administration reform.

The project is planned to be implemented by June 2019.

The author of this description is the Agency for Legislative Initiatives.

CONNECTED TO THE TOPIC RESEARCHES OF THE CIVIC SYNERGY PROJECT

Ukraine in the Coordinates of the Eastern Partnership 2017-2020