On Sep. 13 in Odesa, the Centre of Policy and Legal Reform and the DEJURE Foundation organised a conference on ‘Judicial Governance in Eastern Partnership Countries: Ukraine, Georgia, and Moldova’. The event was held under the aegis of the Ukrainian National Platform of the Eastern Partnership Civil Society Forum with support of the European Union and the International Renaissance Foundation within the grant component of the Civic Synergy project. It featured a presentation and discussion of ‘20 Deliverables of Eastern Partnership for 2020: Ukraine’s Progress with the Judiciary’, an analytical report based on a study that had been developed by the two organisers also under the aegis of the UNP with support of the EU and IRF within the grant component of the project.

‘We are presenting recommendations in the area of justice developed to achieve one of the Eastern Partnership goals for 2020’, said Olha Kvashuk, IRF European Programme Manager in her opening speech.

Mykhaylo Zhernakov, DEJURE Chairman of the Board, emphasised that Ukraine, Georgia, and Moldova are the three countries of the Eastern Partnership that have signed Association Agreements with the European Union and undergo European integration processes, including those in the judicial domain. Each of the three has its unique experience but they also have much in common, so the comparisons of processes going on in these countries as well as lessons learned are of interest, he added.

According to Mykola Onyschuk, President of the National School of Judges of Ukraine, the recent draft laws passed in the first reading are just the beginning of the huge work necessary to launch a system of justice that would meet expectations of society. 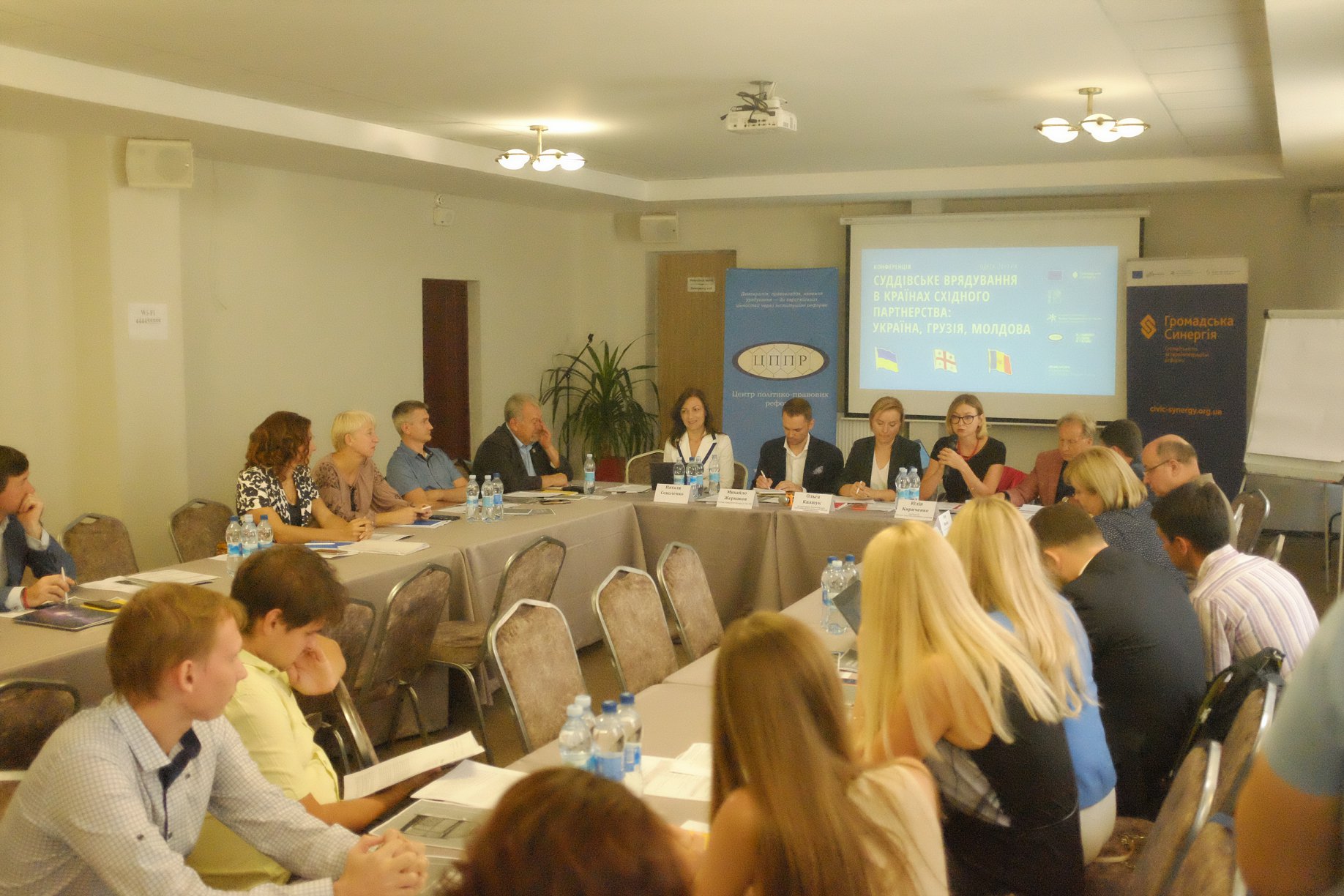 Under the grant project, the CPLR and DEJURE experts also summarised activities of the judicial governance bodies in Ukraine, Moldova, and Georgia.