The political parties of Voice, European Solidarity, and People’s Servant have the most pro-European electoral programmes oriented toward reforms within the Association Agreement framework, a study concludes. It also identifies Oleh Liashko’s Radical Party and the Opposition Platform – For Life as its ranking’s outsiders.

The study, which scrutinised the programmes of 10 leading parties, was presented at the Ukraine Crisis Media Centre on 16 July by experts from the Ukrainian Side of the EU-Ukraine Civil Society Platform and the Ukrainian National Platform of the Eastern Partnership Civil Society Forum with support of the Civic Synergy project. Below are the major findings of the analysis as presented by the experts.

Six of the 10 declare their support for the European integration course and/or EU membership; however, only three parties take a clear pro-membership stance, namely Voice, European Solidarity, and Fatherland. The election race leader, People’s Servant, does not mention European integration at all. On the other hand, it is one of only three parties (along with Fatherland and European Solidarity) whose programmes say of the necessity for Ukraine to implement the Association Agreement. 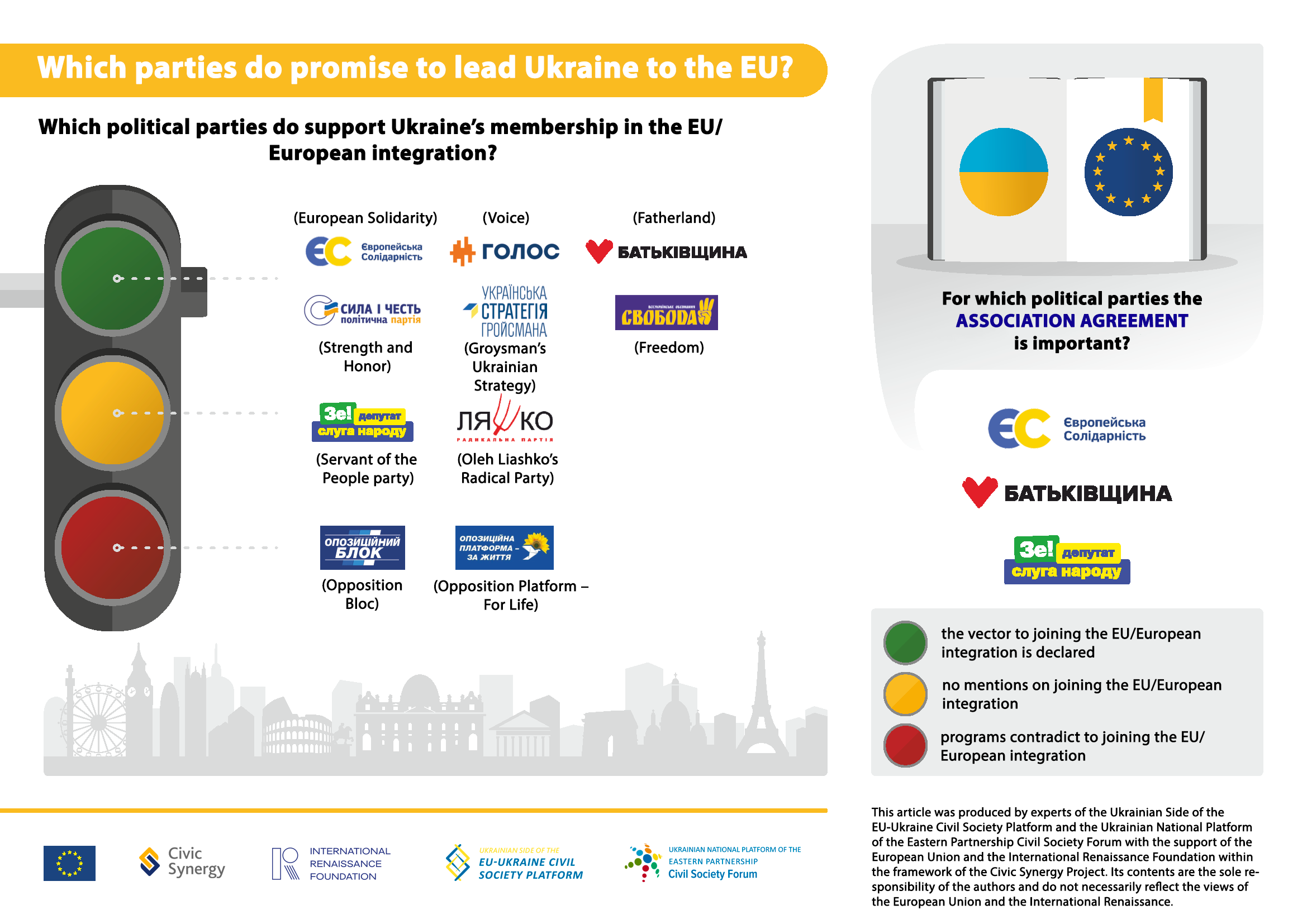 A majority of the parties state they are willing to implement reforms required for European integration in the areas of fight against corruption, judiciary, and those related to security and stability. However, they mostly confine themselves to vague generalities and does not demonstrate their vision of specific ways in the implementation of the promised reforms. More detailed anti-corruption plans can only be seen in the programmes of People’s Servant, Voice, and Strength and Honour.

As for the issues related to security and stability, real steps are suggested by Voice and European Solidarity. However, most of the political parties, including People’s Servant have not written down a clear-cut component on Ukraine’s struggle against Russia.

The analysis of the programmes suggests that the parties are least interested in reforms dealing with public administration and cooperation with civil society.

The programmes’ provisions that are most contradictory to the European course of Ukraine concern the free trade area. The experts showed a ‘red card’ to Fatherland, which proposes to cancel VAT, and the Radical Party for its proposal to continue the moratorium on rough logs export, both proposals being in contradiction with relevant provisions of the EU-Ukraine Deep and Comprehensive Free Trade Area. 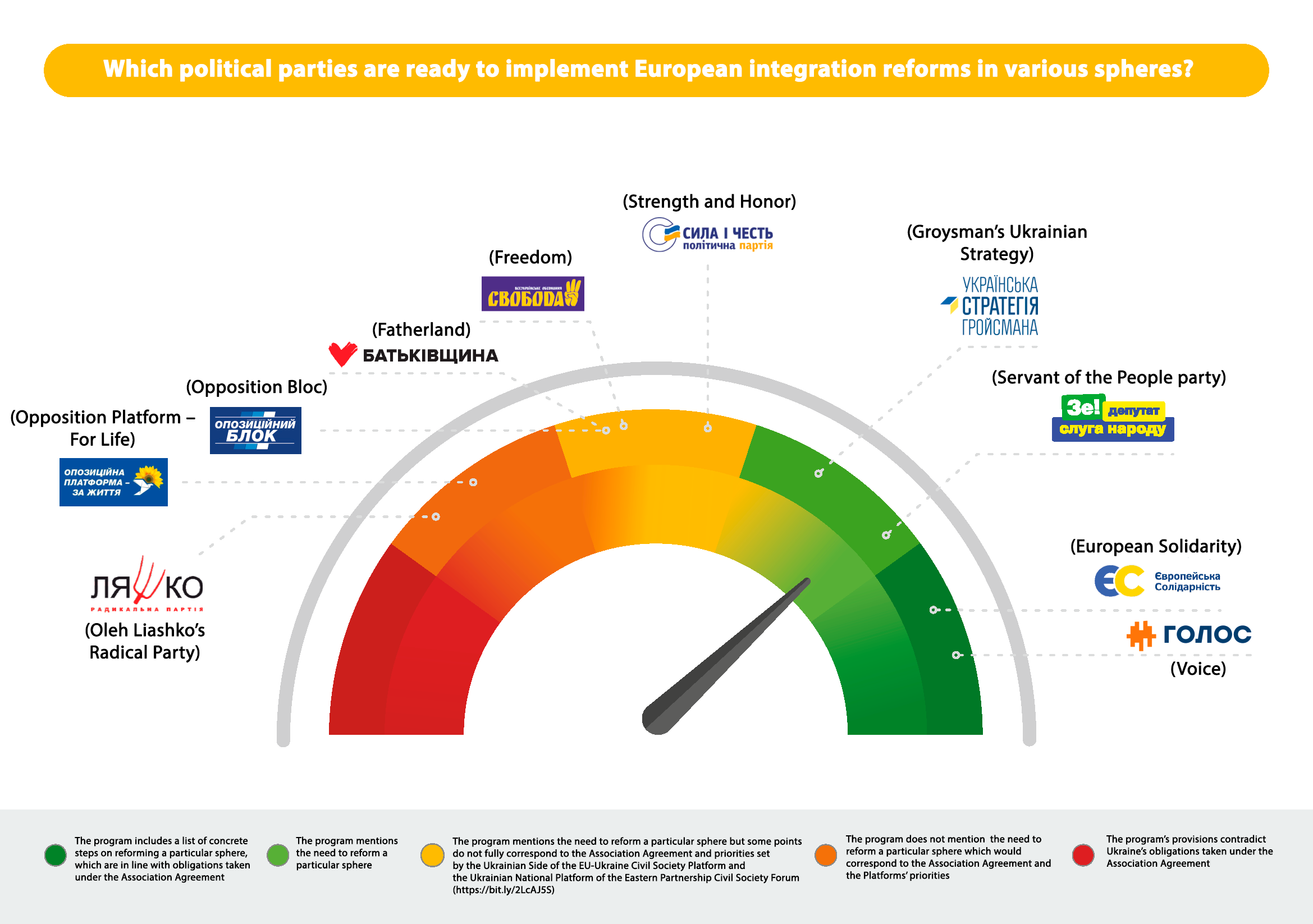 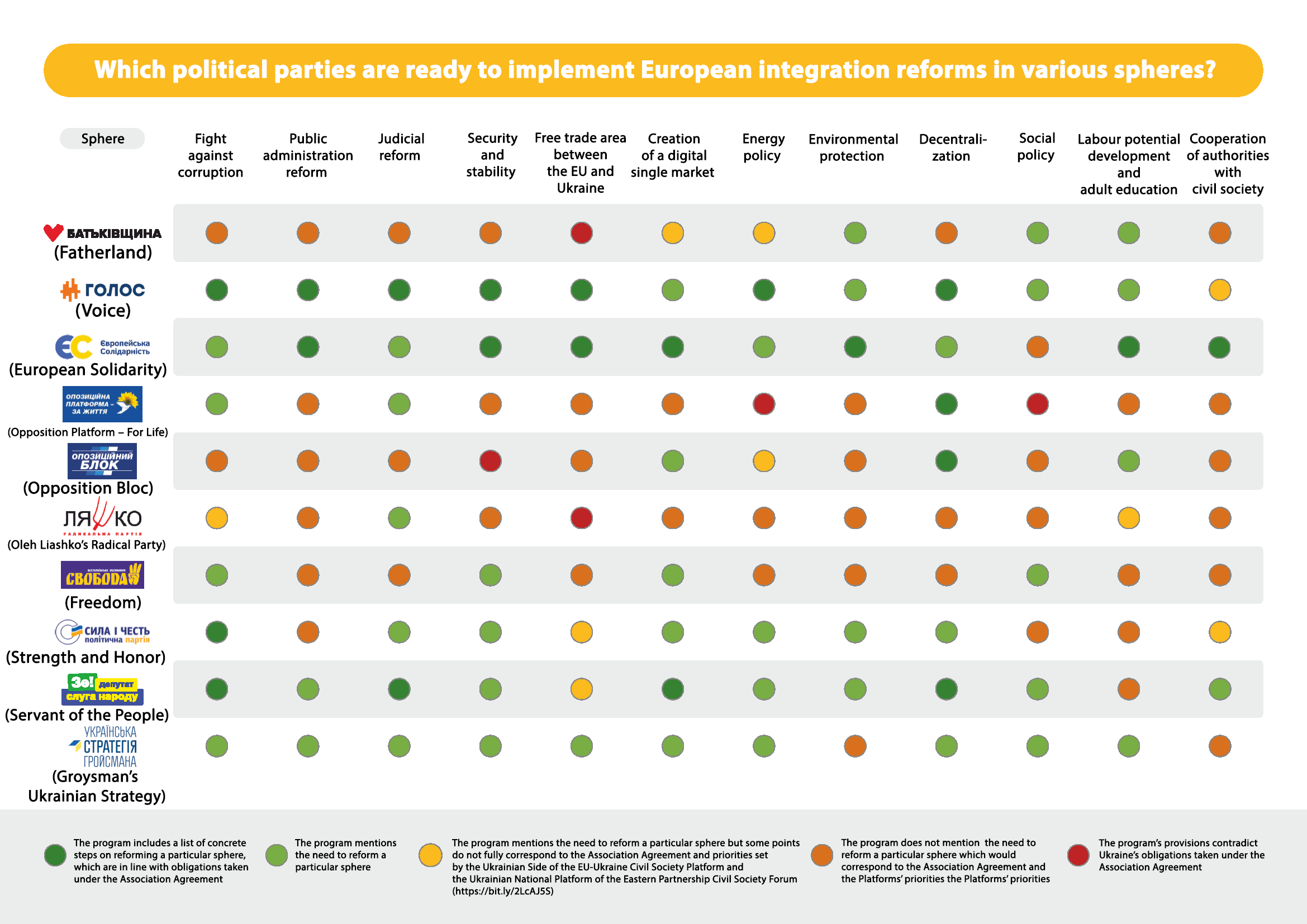